Music industries have evolved over the last few decades. The audience can listen to their favorite songs, podcasts, etc. anywhere anytime via online music apps. India has a vast market for music apps and companies, people listen to music while traveling, working, or while resting. Jio saavn, Spotify, and Apple Music are some of the most widely used music streaming apps in India.

The process of music production is not as simple as it seems to be. It involves recording, editing, mixing, mastering. When the music is ready to be heard by the audience globally musicians have to publish their music to music streaming platforms via paid or free music distribution sites.

It is definitely important to understand different aspects of the music streaming apps before launching your music.

We will be evaluating streaming platforms on various factors such as global reach, revenue per stream, active users, etc. So let us move ahead with our own Indian company.

Jio Saavn is an Indian music streaming platform founded in 2007 and merged with business tycoon Reliance in 2018 rebranding the name as Jio Saavn. It has recently crossed the mark of a 100+ million audience with 60 million+ tracks. It distributes tracks in 15 regional languages including Hindi and English. After being inspired by Netflix, JioSaavn has begun to create its Artists Originals (AO), podcasts, and shows. #NoFilterNeha, Rising parents, etc.

It has enabled the compulsory Subscription model worldwide other than India. For Android monthly subscription cost is ₹99 and ₹399 yearly. For iOS ₹199 per month and ₹399 for one complete year.

Spotify is a Swedish company, founded in 2006. It has an active user base of 381 million users and 172 million subscriptions spread over 180 countries. It has a massive track count of 70 million+ tracks. Spotify is a great platform for new and budding artists as they can generate $0.0043 of revenue per stream which is more than any other music streaming platform till now.

It works with music distributors to encourage and launch new and talented artists more frequently. Musicians can visit free music distribution sites and launch their songs with Spotify and many other music platforms.

The revenue distribution system of Spotify is based on the royalties earned by streaming music. It approximately distributes 70% of the income with the music copyright holders. The obstacles in the path were privacy policy, catalog, subscription cost. The subscription starts from ₹119 for individuals to ₹199 for families of 6 members with variations in services. It supports multi-device functions like Android, iOS, Windows, Mac, etc.

Spotify for Artists is another add-on service for artists to change the metadata of the song, get verified, connect to fans, and find a better market for their music. However, Musicians who have launched their songs with Spotify can have access to Spotify for artist accounts.

Apple Music is an audio-video streaming platform created by Apple Inc. Launched recently in 2015. The services include not only on-demand music but 24*7 radio stations broadcasting in over 100+ countries. It has 90 million+ tracks and a customer base of 72 million in 2020 i.e. in 5 years of launching the service.

The cost of a subscription is ₹99 for personal accounts, ₹149 for groups with 6 accounts, and ₹49 for student personal plans. Similar to other platforms, launching your music on Apple/iTunes Music is possible via music distributors. The artists are paid $0.00737 on average by Apple Music.

Now that we have discussed the best music streaming apps in India. It is completely clear that India has a huge market for musicians and they can make money for a living following their passion. But for a musician, it is important to launch their music on these streaming platforms which is possible via paid or free music distribution sites.

Deliver My Tune is one such big name in the music aggregators. We offer the best distribution to service to our artists with a 4 billion strong audience. We distribute your music over multiple platforms. Our company allows you to keep 100% rights of the music. We not only distribute music but also work on promoting your music via different marketing mediums.

Check out the services we offer at the attractive deals on Deliver My Tune. 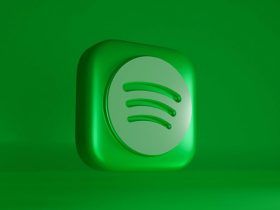 Facts you Should Know About Spotify Pay-Per-Stream!